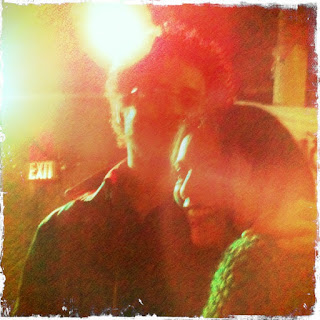 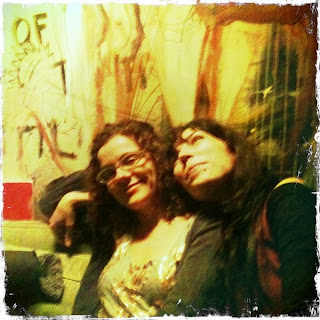 Love Trio was here tonite ...and rocked it til 4.10 am....we just couldnt stop....felt like that . The funny thing was that vocalist Gabriel Gordon was going to come up and sing a song that we just made for the Wax Poetic new cd. So Kenji the sound man put up a microphone on stage for him , and I guess other musiicnas seeing this mic thought somehow it was an opne mic nite or something so we ended having 8 different vocalists and rappers come up and do their thing . Marla Turner was one of them and she was great , then finally at 3.55 am Gabe came up and we premiered Good and Evil from the up and coming Wax Poetic album. So yes it did become a little Love Trio and Wax Poetic mixed up.
Here in the pic is great dj MKL and wonderful vocalist Aya , Fernanda and Lucia hanging out , Kenny Wollesen steeling some beers from the fridge , Klas Wikberg , Swedish producer who just finished the new Wax Poetic album and finally some Nublu late nite shots..
Tonite Haiti benefit and yes very soon Japan benefit .....see ya all tonite !!!! 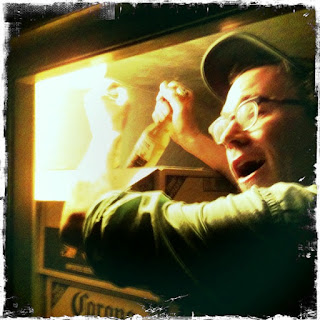 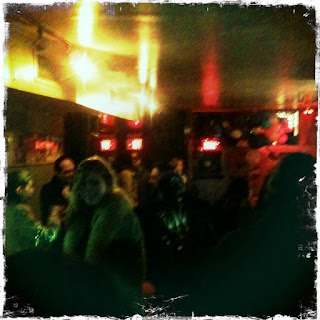 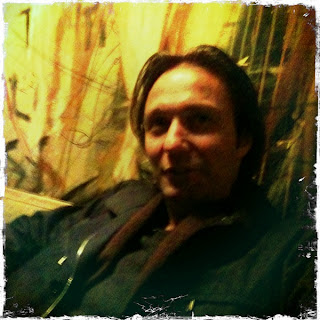